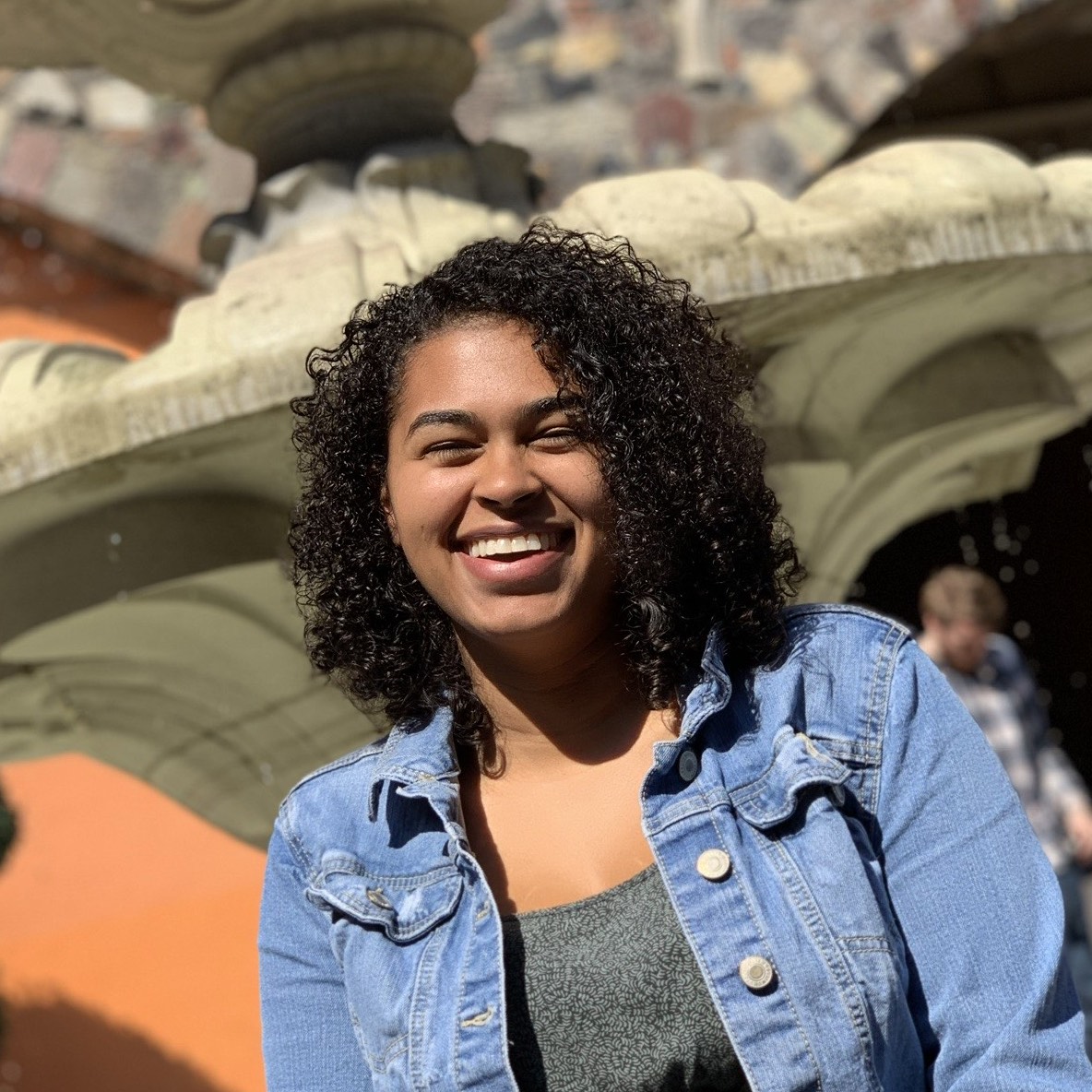 Kelsi was home-schooled before coming to The Potter’s House (TPH) in fifth grade. She was not looking forward to “real school” because the thought conjured up images of mean kids and cool kids. On that first day of school Kelsi’s fears vanished when she saw someone she knew. That was the first of many connections that she realized were gifts from God, helping her along her journey.

After graduating from TPH in 2010, I attended Grand Valley State University (GVSU). The enormous size of the campus was overwhelming and I was out of my element. It was hard to know where to fit in. Another Potter’s House connection happened when Michele Williamson, a TPH teacher, connected me to a Bible study at GVSU. This smaller community helped immensely in navigating college life.

When I was younger, my family adopted two of my sisters. The Adoption Social Worker was awesome. She handled things so well. I wanted to become that person for someone else, so I chose Social Work as my major at GVSU. In my junior/senior year, I was assigned an internship at a local non-Christian organization. I received a confirmation email that included the names of four other interns. Sara H [a fellow TPH alumna] was on that list. I thought, what are the odds that this is the Sara I know from TPH? It was the Sara I knew—another Potter’s House connection. We interned at the same place.

One workday was particularly hard during my internship. I was conducting an intake for a new client and the story was heartbreaking. My body trembled as I listened to the client. I wanted to pray with her but I could not. There were rules against sharing your faith. Following this incident, Sara and I began to talk about where we were with social work and faith. At one point she said, “I’ve been kind of thinking about an MDiv [Master of Divinity degree], have you ever thought about that?” I said, “No.”  That is something I thought I would never do.  To be honest, this had come up before; however, this time the thought stuck.

Kelsi researched a dual enrollment program that offered a Masters of Social Work (MSW) and MDiv at a local seminary. With both degrees she could become an Adoption Social Worker and use the MDiv as backup and support if ever needed. As she explored the possibilities, she began to feel less certain about an MSW and more certain about an MDiv.

I began to feel God calling me more in the direction of an MDiv. My father and other believers encouraged me to apply at Calvin Seminary, as there were not a lot of women or North American diversity represented there. They felt I could bring a new perspective. I applied and was accepted. I’m in my final year and it’s been great.

In seminary, I have brought a different voice to everyone’s learning experience. This has helped me to see that nothing is going to change unless people put forth the effort. I can be part of that change by being a diverse voice, and by welcoming others into the discussion.

Kelsi is looking forward to graduating in May with a Master of Divinity from Calvin Theological Seminary.

PICTURED ABOVE: Kelsi speaking to students at the Roosevelt Park Campus during MLK Day chapel service