The Potter’s House provides a Christ-centered education to children of all ethnic heritages and income levels, equipping them to serve God and society to their fullest potential. Students are offered an excellent academic program in an urban environment. Rooted in Biblical principles and values, students are encouraged to maintain a healthy spiritual, physical, social, and emotional life. Students and their families are challenged to grow in their personal relationship with Jesus Christ. The Potter’s House promotes unity and reconciliation in the Roosevelt Park Community.

IN THE HANDS OF THE POTTER 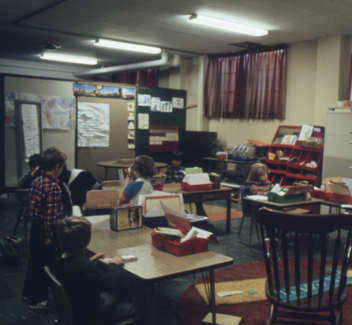 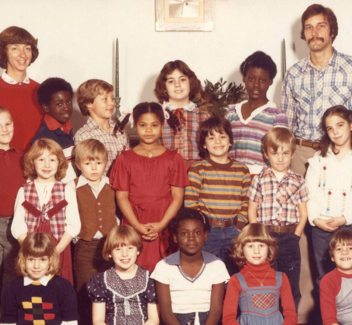 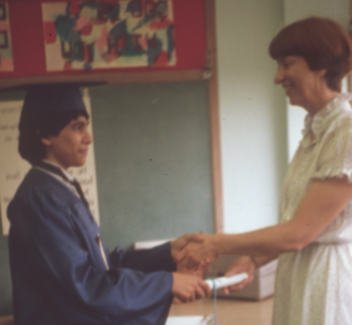 In 1974, A small group of college graduates felt called by God to move into Roosevelt Park, a low-income neighborhood on the southwest side of Grand Rapids, and open their doors to the neighborhood. Their efforts evolved into a weekly program called Kid Power for hundreds of neighborhood kids. After six years, they decided to begin a school, to better serve the significant academic, emotional, and spiritual needs of the children. The Potter’s House began in 1981 in the basement of nearby Grandville Avenue CRC, with 12 elementary-age students and two volunteer teachers.

The Fire Marshall only gave permission to use this space for one year, so they immediately began looking for a more permanent space. Adjacent to the church was the former Southwest Christian School building, which was being sold by a local school board at a six-figure price the young school could not possibly afford. They stepped out in faith and agreed to buy the building, and God miraculously provided the funding through the generosity of several local Christian business leaders.

Every year, more and more students joined The Potter’s House family. Most of these children came from families who could not afford private school tuition. God faithfully provided the funds needed for their education, year after year, even as the school grew. A middle school program began in 1992, and a high school campus opened in 1998.

The Potter’s House now enrolls more than 620 students representing a kaleidoscope of backgrounds and cultures, including over 30 countries of origin. God has been faithful to us in ways we never could have dreamed or imagined, and as we trust and seek Him, He continues to work miracles in the lives of the students and families we serve. 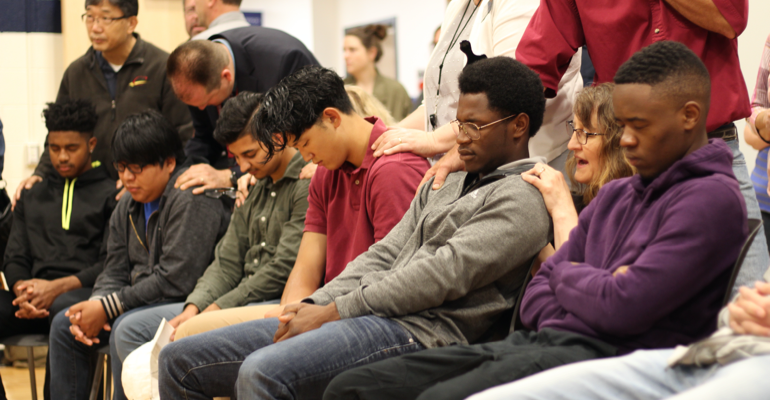 We Are Centered in Christ

At the Potter’s House, Jesus is the center of everything we teach and all we do. Our staff is a dedicated community of Jesus-followers who feel called to serve our students and show them the love of Christ. Every day and every class begins in prayer. And our faith doesn’t end at the “amen.” A Potter’s House education is centered in Christ, through every grade and subject and activity.

Students are discipled in the way of Christ, and taught how to live out his calling in their classrooms, homes, and communities. They are challenged to respond to injustice and oppression around them in the name of Jesus.

Through almost 40 years of Christ-centered education, we have seen countless students come to know, love, and follow Christ. It is truly the greatest blessing of our work. 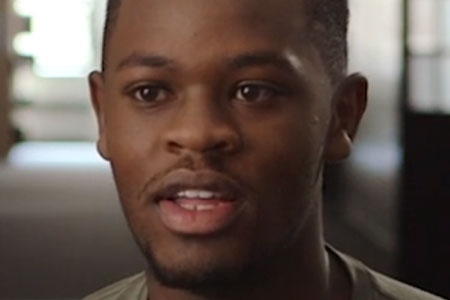 Assoumani’s family emigrated to the US to escape the Rwandan genocide. Raised as a Muslim, he heard about the Gospel of Jesus for the first time when he enrolled at The Potter’s House in middle school. He became convinced that Jesus was indeed Lord and Savior, and dedicated his life to him. “If it was not for The Potter’s House,” he insists, “I can guarantee you that I would not be the man of Christ I am today.” Assoumani graduated from Grace Christian University in 2016 and currently works for Bethany Christian Services as part of the Refugee Foster Care Team. 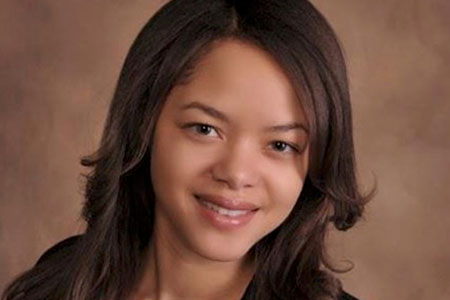 Carolina began her education at The Potter’s House in 3rd grade. She came from a large, single- parent family with a mother who spoke very little English. The housing project in which they lived was one of the poorest and most dangerous in Grand Rapids. Carolina’s mother heard of The Potter’s House and decided to enroll three of her children. Carolina excelled at The Potter’s House, after graduation in 2005 she studied pre-medicine and psychology at Calvin College. She went on to complete medical school at Michigan State University. Carolina is now in the 5th-year of her General Surgery Residency at Arizona Medical Center.

We believe that every child should have access to quality, Christ-centered education, from preschool to 12th grade. Unfortunately, many families—especially those from low-income, minority, and immigrant backgrounds—feel that such an education is out of their reach.

Our mission is to be open to all students and families, from every background and culture and income level. Families of Potter’s House students pay tuition on a sliding scale based on their income. No student is turned away because of their family’s financial situation.

We believe that who you learn with matters. Learning alongside people from all backgrounds and cultures is an essential and transformational part of a TPH education. We aspire to be a glimpse of what Revelation 5:9 describes, where people of every tribe, language, people and nation worship Jesus together. 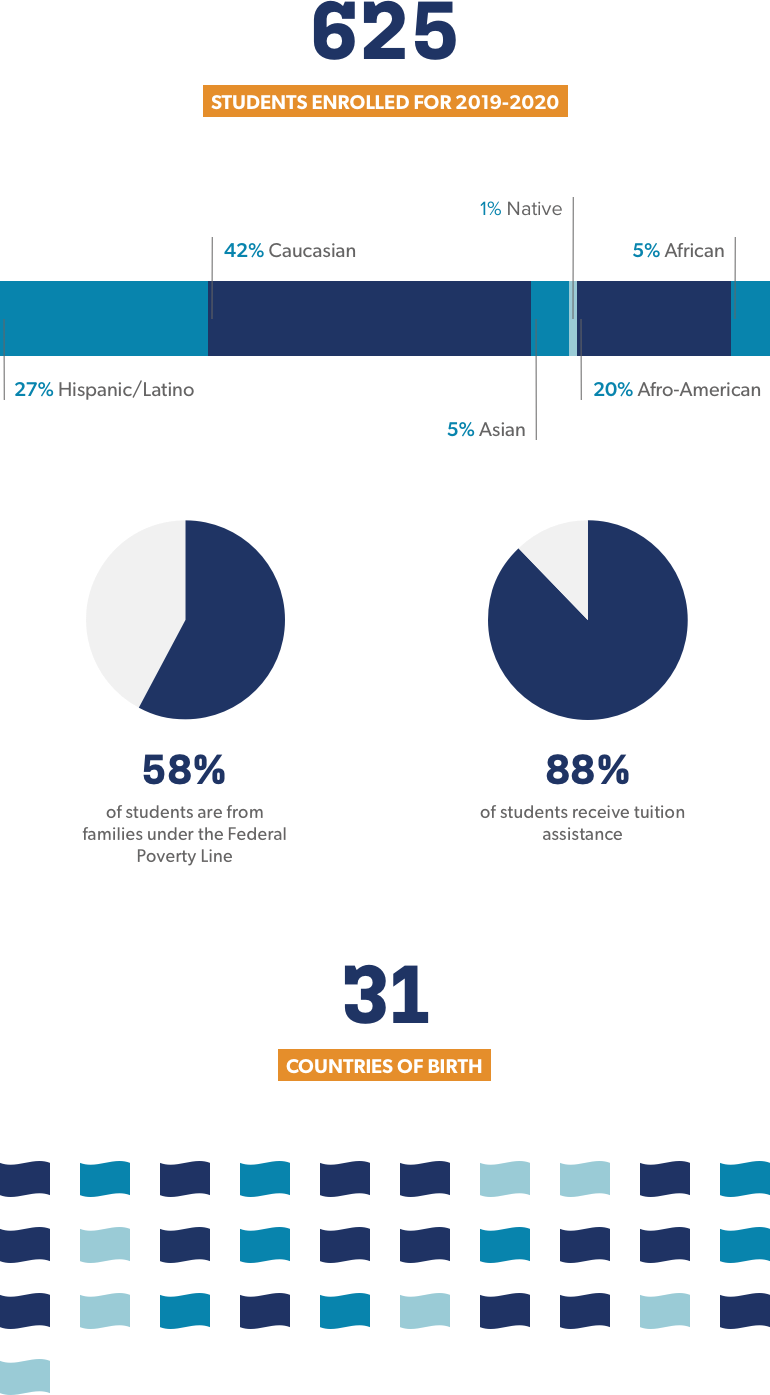 There’s a big bulletin board at the entrance of the Roosevelt Park Campus that reads, “Welcome to the Family.” At the beginning of every school year, we post pictures of all new students and staff on the board. Standing next to the board every morning is Superintendent John Booy, who shakes each student’s hand and greets them by name. He’s done this for 39 years now, even as the student body has grown into the hundreds.

The bulletin board and the handshake are tangible reminders that when students enter the school, they aren’t just ID numbers or faces. They are family, known and loved.

At The Potter’s House, students experience a supportive and caring community that often stands in contrast to trauma and loss in their past and present. We hear it over and over: “I never felt at home until I came here.”

Learn More About a TPH Education